The Leinenkugel Brewing Company was expanding. To build a new Malt Handling building on their Chippewa Falls property, would require massive regrading. A three tiered retaining wall was proposed. During the design phase of the project, it was discovered that there was a large amount of weathered rock in the existing slope. Structures worked closely with the wall designer, Civil Design Professionals, and proposed a series of soil nails to act as reinforcement for the bottom two tiers to minimize excavation efforts. The owner accepted this design and saved the project on time and money. The top tier was able to be constructed with typical geogrid reinforcement. In the end, the Diamond Pro block unit and a value engineered wall design provided a high quality finish and substantial performance. 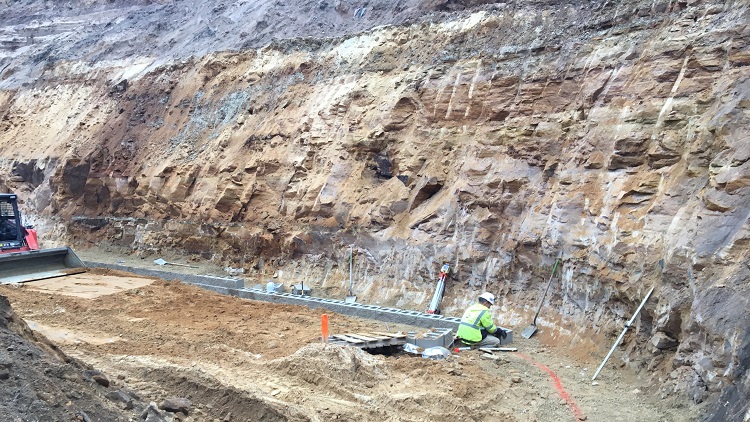 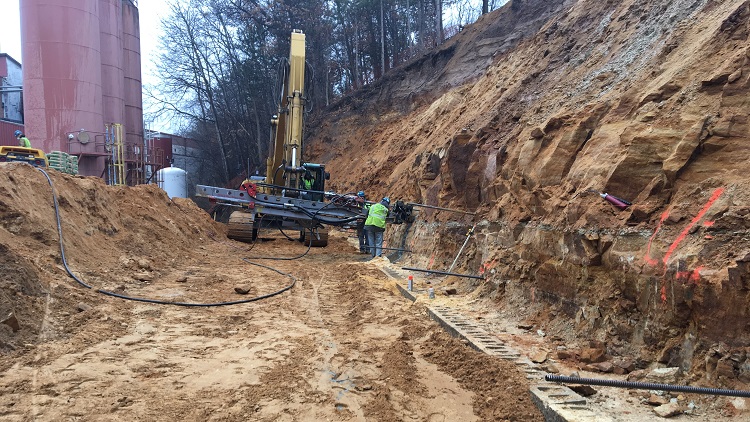 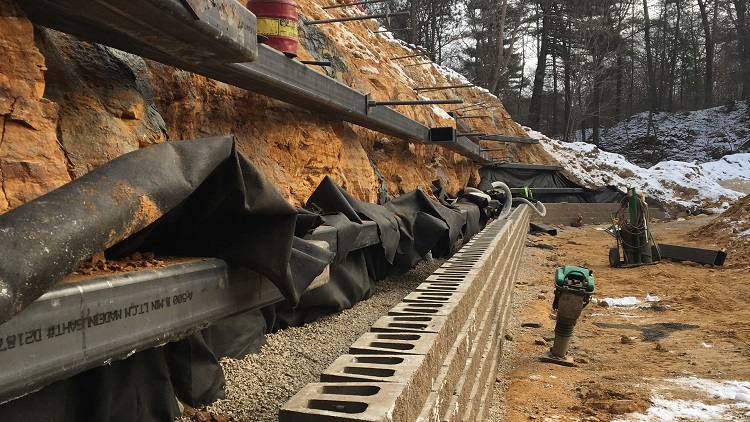 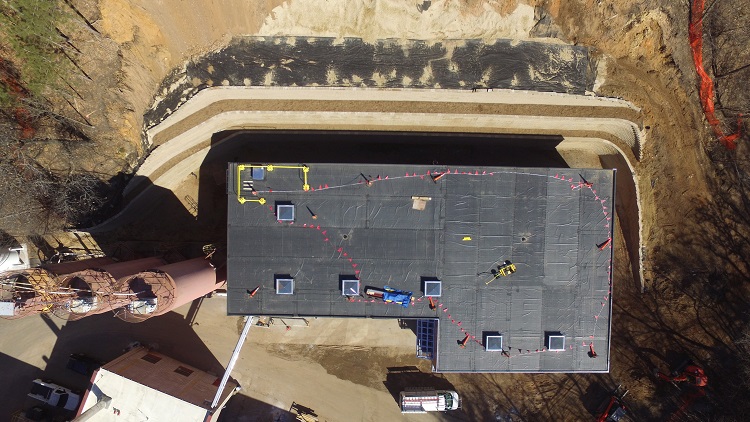 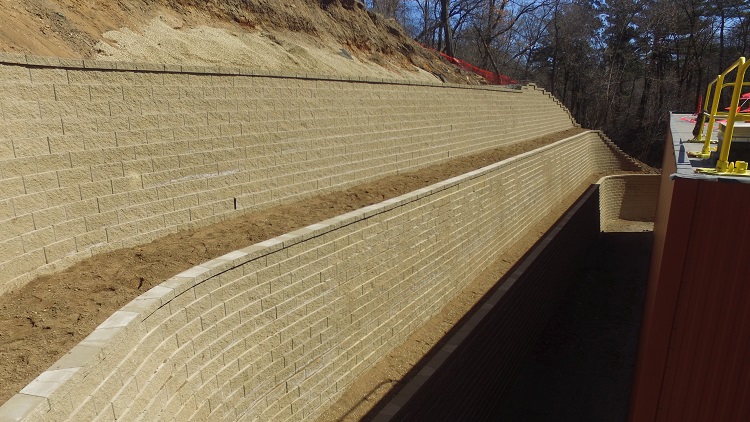